Normally, when your cat is angry with you, they'll let you know it - usually with a swipe of a claw and a big hiss. But besides this very obvious communication of anger or displeasure, cats also communicate in much more subtle ways.

Since they can't speak, cats talk in their own nonverbal ways, namely through body language. These signals are often displayed before a cat gets angry enough to lash out - we often just don't see them, or don't know they're there. For instance, when you're petting your cat and they suddenly swat at you, seemingly out of the blue.

Here are 6 subtle signals your cat may be giving you to show they're getting upset.

1. Pay Attention to The Tail 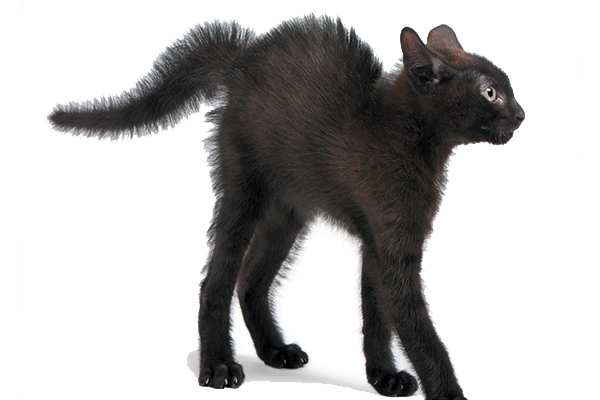 Most seasoned cat owners know that cats communicate largely with their tails. For new cat owners, it can be a bit difficult to discern what these tail positions mean! If your cat's tail starts lashing back and forth, looking almost like a dog wagging its tail, it indicates your cat is upset. Unlike a dog wagging its tail in excitement or happiness, a cat with a tail whipping back and forth is irritated, angry, and probably about to pounce!

A cat's ears are more than just cute little satellites. They're also a way for your cat to communicate with you - and other animals. If a cat is feeling threatened or upset, their ears will turn flat and toward the side. They look almost like airplane wings! This also helps buffer any upsetting sound that comes from that direction - but they're also more protected from any attackers. Owners can consider this to be early ear-warnings to back off and stop whatever has prompted the cat to feel threatened.

If your cat is past uneasy or anxious, and straight-up angry or scared, their ears will be pinned flat to their head. This is usually when a cat feels cornered or in danger, and is likely to lash out and protect itself.

Constricted pupils can indicate your cat is agitated or angry. If your cat’s eyes are big and round and their pupils are the size of pinpricks, it doesn't necessarily mean they're angry. But pair constricted pupils with a lashing tail, and your cat is definitely trying to let you know they're upset about something. Some cats that are more reserved in showing their affection will often show they love their humans by actually being in the same room as them - and even following them from room to room when they move. If a cat is mad or annoyed with you, they might leave the area you're in or sit and stare at you from across the room, just observing your movements. Sometimes it's best to just give your cat some space to calm down, especially if there is something that is stressing them out.

5. They Get Twice as Fluffy When a cat is feeling uneasy, gets suddenly startled, or is extremely upset, their fur will puff up. This is something of a defense mechanism - when they fluff up all their fur, they look much bigger and much more intimidating.

In the animal world, prolonged eye contact is seen as an act of aggression and dominance. So if your cat is staring you down with those thin, constricted pupils ... well, you get the drift by meow!

Causes of Stress/Upset in Cats

And while a grumpy kitty every now and then is to be expected (like with any animal), if it happens more often than usual, it might be time to try and get to the bottom of why. Is your cat stressed or maybe unhappy? Here are some causes to consider.