The White House has announced that the First Family has a new First Kitty - a former barn cat named Willow. First lady Jill Biden met Willow when the cat interrupted a speech she was giving at a Pennsylvania farm.

“She [Jill Biden] was speaking and she stopped, acknowledged the cat, but she continued to walk down and jumped and sat in a chair in the front row, right in front of her,” says Willow's former owner, Rick Telesz. “Even after she got done talking, she made some comments towards the cat.” “Seeing their immediate bond, the owner of the farm knew that Willow belonged with Dr. Biden,” Michael LaRosa, the lady’s spokesman, said in a news release.

People Magazine reports Willow is getting plenty of cat toys and treats and is settling in just fine - and has plenty of space to roam. Do you think she has security clearance for the Oval Office?

Named after the first lady’s hometown of Willow Grove, Pennsylvania, the cat will be the first to live in the White House since India, a black cat adopted by former President George W. Bush. 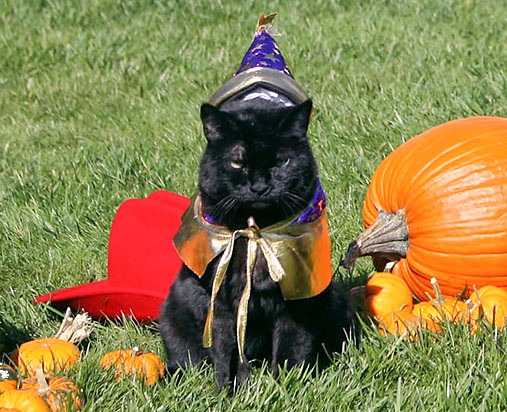 The White House has a long history of pets including cats. Here are a few highlights!

Lincoln is believed to have been the first President to bring cats into the White House.  Secretary of State William Seward gifted Lincoln two cats named “Tabby” and ironically “Dixie”. He also rescued 3 motherless kittens while visiting General Grant during the Civil War.

A fan of felines, Hayes was the recipient of the first Siamese cat in the United States. The cat named Siam was a gift to first lady Lucy Hayes from David B. Sickels, an American diplomat in Bangkok. Siam joined the Hayes’ current cat Piccolomini.

Known as a conservationist, Teddy Roosevelt had a large collection of White House pets including cats. One cat was named “Tom Quartz” after the cat from Mark Twain’s book Roughing It. And White House guests could find six-toed “Slippers” napping all over the house. 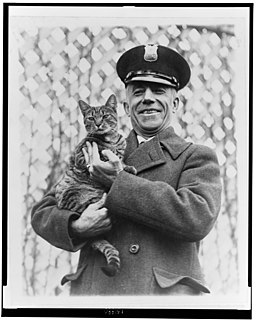 President Coolidge had a variety of pets at the White House. This included 4 cats named, Tiger, Blacky, Bounder and Timmie as well as a bobcat named Smoky.

The President’s daughter Susan brought her Siamese cat Shan Shein with her to the White House. Shan Shein could usually be found hiding under the bed in the Lincoln bedroom.

Like Ford’s daughter Susan, Carter’s daughter Amy also liked Siamese cats. She brought Misty Malarky Ying Yang with her to live in the White House. Some of Misty’s antics included meowing along with Amy’s violin playing and hanging out in the first daughter’s dollhouse.

One of the most well-known and beloved first cats was Socks. He had a book, website and a song written about him as well as an unreleased console video game for Super Nintendo and Sega Genesis.

Beautiful black cat India joined the Bush family when they moved to the White House. She liked to spend her days in the well-lighted presidential library and had her own website.