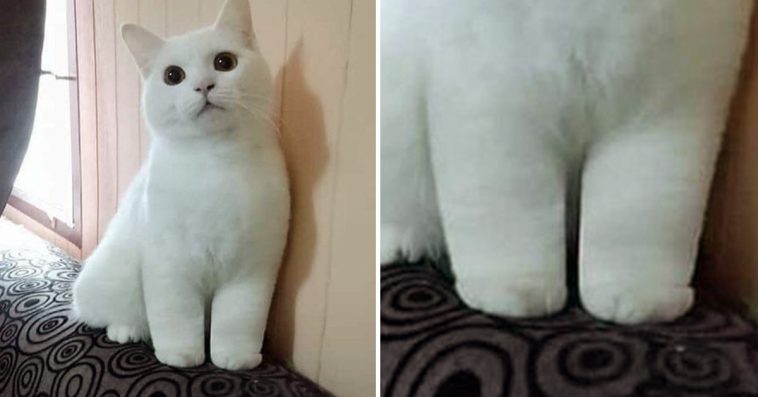 Cat paws are amazing, and not just because they are pretty much the cutest part of any cat.  They're so soft and squish-able (those toe beans, am I right?), as long as you manage to keep those claws at bay. But paws are so much more than adorable! A cat's paws aren't just for show (or for squishin' toe beans), they serve tons of important purposes in your cat's day-to-day life, from scratching to stress relief.

Bonus: TONS of Toe Beans. Or Squish Beans. Both are accepted anatomical terms when in reference to a cat's tiny, adorable toes.

1. Cats Can Be Left-Pawed or Right-Pawed Recent studies have shown that cats, like humans, display "lateral bias" - meaning they prefer one paw over the other when performing tasks. Researchers at the Animal Behaviour Centre at Queen's University in Belfast performed the recent study which revealed that 75 percent of the cats tested had an obvious paw preference.

The study showed, interestingly enough, that male cats were significantly more likely to use their left paws while females preferred their right.

2. Cats Sweat Through Their Paws Whether it's public speaking or going on a first date, it's likely you've experienced some sweaty palms. But did you know that your cat can also get sweaty paws? In fact, the only way a cat can sweat is through its paws. Their paw pads are the only place on their body that has sweat glands, which are designed to help them regulate their body temperature and keep from overheating. But if you've ever noticed your cat leaving a trail of wet paw prints at the vet, it's because cats may also sweat from their paws when they are anxious or frightened. Cat paws hide another secret: hidden scent glands. Have you ever wondered why cats like to scratch on furniture and make biscuits on their favorite blanket? They're using these secret scent glands to mark their territory. Besides the visual markers that scratching a post or chair leaves, every time your cat scratches, she is also leaving behind her scent -- effectively claiming it as her turf.  These pheromones are pretty much undetectable to our human noses, but other cats or animals in the home will be able to sniff out that message loud and clear: This is MY house!

This is one reason why cats instinctively scratch - they're looking to stake their claim. Be sure to provide plenty of healthy scratching outlets like a cat scratcher or cat tree for your kitty.

4. Cats Walk On Their Tiptoes Like dinosaurs, cats are digitigrades, meaning they walk on their tiptoes! While we tend to think of cat paws as "feet," they are actually more like toes - the actual "foot" extends up to the second bend in their leg. Cats (and other digitigrades like dogs and dinosaurs) evolved to walk on their toes, giving them a huge advantage for survival. Walking on their toes allows cats to move much quieter and much faster, making them both efficient hunters and excellent escape artists when it comes to larger predators. Cat paws also act as excellent shock absorbers! Cats are great jumpers, but you might have noticed how lightly and gracefully your cat lands after a big jump. This is thanks to their paw pads, which cushion and soften landings. They also act as a cat's personal muffler, lessening the sound the impact makes - again making them stealthy, efficient hunters. Okay, we know your cat's cute little squish beans can be pretty irresistible. It's tough not to just want to squish them. They're soft, small, and just unexplainably adorable. But there is a reason why most cats don't like their paws touched: their paws are extremely sensitive. Cat paws contain large concentrations of nerve receptors, turning your cat's cute paws into finely tuned sensory organs. Because of these receptors, cats can feel changes in texture, pressure, and possibly vibrations through their paw pads. But this also means their paw pads are especially sensitive to temperature, pressure, and pain.

7. Those Paws Can Have Extra Toes Cats normally have a total of 18 toes, with five toes on each front paw and four on each hind paw. Polydactyl cats may have as many as eight toes on each paw! These extra toe beans are usually found on the front paws, but polydactyly can also occur on a cat's hind paws as well. It's fairly rare to have a cat with extra toes on all four paws.

If one parent is polydactyl and one parent has normal paws, then 40 to 50 percent of the kittens will also be polydactyl.

The term polydactyly is Greek in origin, where "poly" means "many" and daktylos" meaning "digits."